Allstar Joinery carried out all multi trade works including all joinery works with our own dedicated inhouse team.

Allstar Joinery also supplied and installed all the manufactured bespoke bedroom furniture from our own Sustainable Production Facility.

Allstar Joinery was appointed as the main contractor by the owner of the Castlecary House Hotel as well as bespoke commercial joinery manufacturer.

The Castlecary House Hotel is at Castlecary Road in Castlecary, Cumbernauld, near Glasgow, Scotland. The Hotel comprises of a Victorian main house with a contemporary extension to the rear which has bedrooms on the first floor and a bar on the lower floor. It also has a flat roof ground floor extension which is now a restaurant. A more modern wing comprising of a reception area, toilets and function room with bedrooms above was built around the year 2000.

The programme had a very intensive timescale with the usual minimal lead in time. The following challenges needed to be addressed:

The solution formulated and carried out was as follows:

Vast amount of works to be completed in a very short timescale:

The attention to detail required to meet the exacting standards of the architectural design and commercial joinery fit-out, craftsmanship and component products full works list as follows: 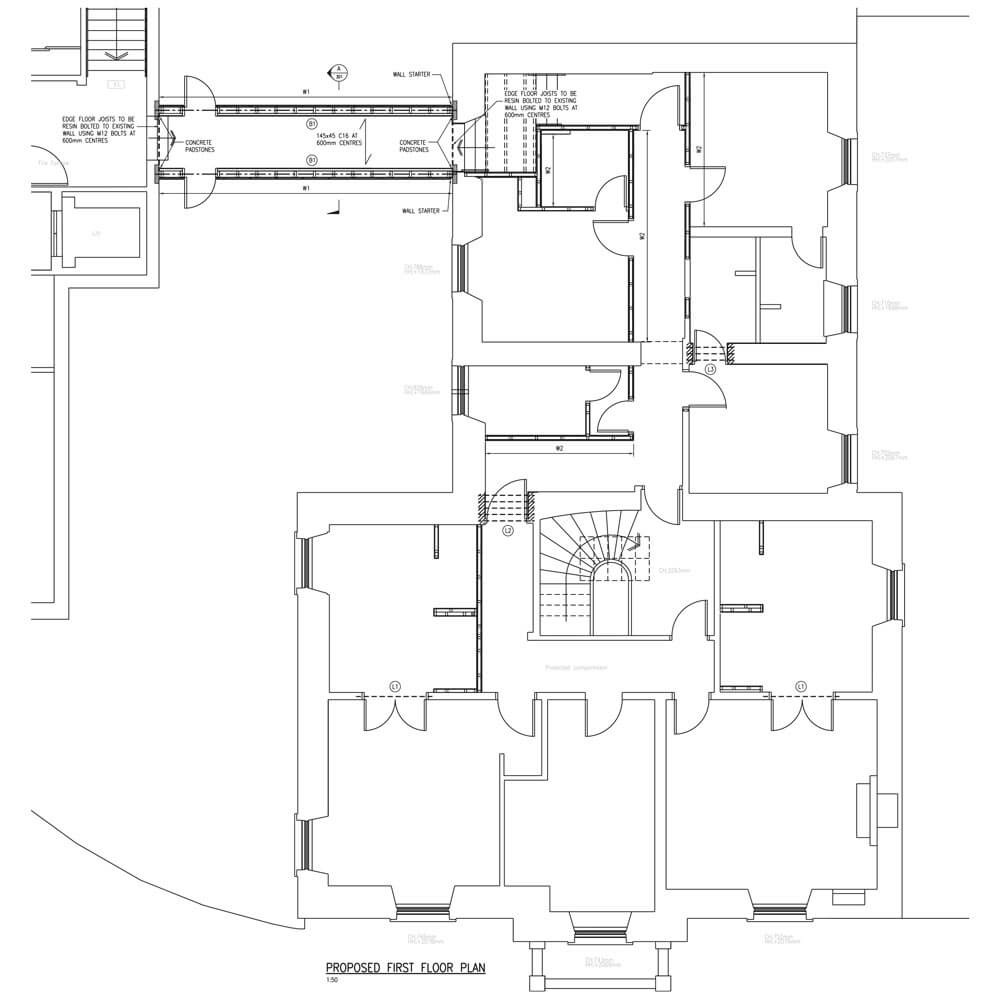 SECTION A. STRIP OUT

A.1. All furniture and fittings.
Stripped each of the 5 bedrooms to the rear of all headboards, bed frames, wardrobes, vanity units etc to leave a room empty of all furniture.

A.2. Floorcoverings.
Lifted and removed from site existing carpet underlay, grippers and threshold strips to the 5 rear bedrooms, the 2 hallways and 2 front bedrooms to expose the bare floor boards.
Lifted the vinyl floorcovering and any underlay to the kitchen area and remove from site.

A.3. Kitchen.
Took down and removed from the site all kitchen base and wall units including splashbacks and misc fittings.

A.4. Tiles.
Striped the floor wall tiles off the bathroom in the rear wing together with any floor underlay to expose the bare floorboards. Stripped tiles in front wing ‘bathroom’ currently covering 1/2 wall.

A.5 Plumbing.
Disconnected and made safe the hot and cold pipework and waste from:
a. Each of the 5 rear bedroom vanity units.
b. The kitchen sink and associated pipework for appliances.
c. The wc in the front wing ‘bathroom’.

A.6. Boiler.
Made safe the gas supply and all pipework to and from the boiler located within the kitchen area and strip everything out and remove from site.
Stripped and removed from the site each radiator and associated flow and return pipework to the 5 rear wing bedrooms and bathroom plus the four rooms to the front wing.

A.7. Woodwork.
Stripped out the following woodwork;
a. Existing doors frames to the 5 rear bedrooms and bathroom off the hall.
b. Two doors and frames to the front wing (kitchen and hall cupboard).
c. Two stairwell landing doors and frames.
d. All architraves, skirtings and window architraves to the 5 bedrooms,
bathroom to the rear. Front wing hallway and hall cupboard.
e. Skirting and architrave to the former kitchen and bathroom to the front wing.
f.  Stripped out windows, cills and all associated timber to former bathroom and kitchen in front wing.
g. Stripped out windows, cills and all associated timber to five of the six the rear bedrooms and bathrooms.

A.9. Partitions.
Stripped walls and all studwork to remove walls forming the following;
a. Side wall forming bathroom on the front wing.
b. Partition walls forming corridor in the rear wing.
c. Lobby and cup`d partitions on the stairwell landing.

A.11. Wallpaper.
Stripped wallpaper from hotel rooms as specified in plans.

B.1. Slapping.
Formed two new slappings in partition walls to the two proposed bridal suites. Prop and prepare in accordance with good practice.

B.4. Bridge link structure.
Cut holes and form padstones, supplied and fitted two new steel beams to bridge between the Victorian building in bedroom `Muck.` Prop and prepared in accordance with good practice.

C.2. Underlay.
Fitted grippers to the perimeter of hallways and all bedrooms terminating at the fire escape doorways and thereafter supply and install heavy duty underlay to these areas.

C.4 Hardwearing carpet.
Supplied and installed a hardwearing carpet to adhere to the floor of the fire escape corridor from exit door, over bridge, including the landing at the top of the escape stair. Allowing for contrasting aluminium nosings with vinyl inserts to stairs.

D.5 Hallway rooflight.
Supplied and installed a lighting LED strip to the perimeter of the existing rooflight which will be concealed behind a timber batten. Strip was being switched from main lights.

D.6. Emergency lighting.
Was re-wired or adapted where possible emergency lighting from the existing fire alarm panel in the reception at Ground floor serving the first floor.

D.10. Certificates.
Commissioning and test certificates were required for all electrical works.

E.10. Partitions.
Locations as follows;
a. Stub partition and backing wall to shower enclosure to en suites.
b. Separating partition to specified en suites between shower and w.c.
c. Enclosing partitions where applicable.

E.11. Rooflight.
Fitted a softwood batten with MDF upstand to the internal perimeter of the existing lass rooflight over the main stairwell.

F.1. Ceilings.
All ceilings and cornices were filled and prepared prior to applying two coats of Dulux emulsion.

F.2. Diamond emulsion to walls in all specified rooms and corridors.

F.3. Emulsion to Walls The following areas are to be painted with two coats of Dulux matt emulsion;

G.1. Floor tiles.
Floor tiles supplied, installed and fitted to tile the following areas wall to wall in en suites where specified and other areas such as splashback in cleaners cupboard.

H.1. Boiler.
A new boiler was supplied and fitted to provide hot water and heating to the first floor bedrooms only.

H.3. Radiators.
Supplied and fitted new flow and return pipework to all new radiator positions shown on the plan.
Sized radiator suitable for each location and supply and fit flat panel radiators.

H.4. Waste pipework.
Provided waste connections to all sanitaryware positions shown on the plan. All connections were made to existing above floor drainage.
Allow for air admittance valves to all drain runs. 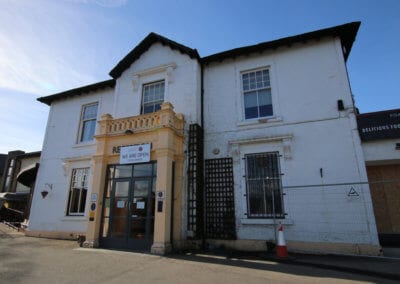 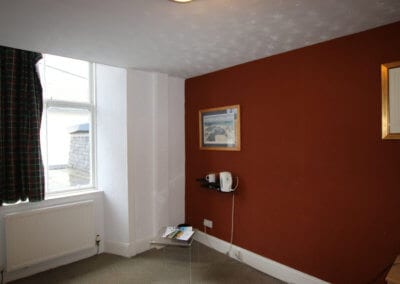 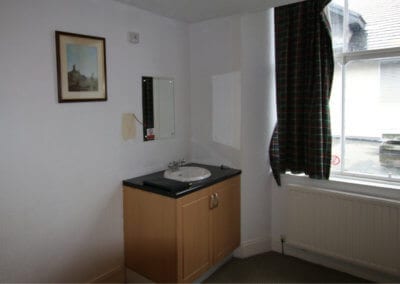 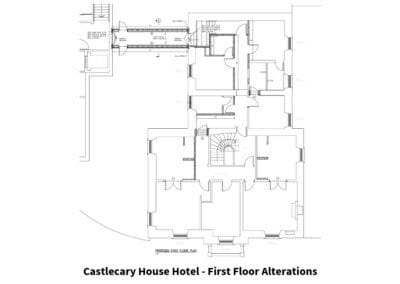 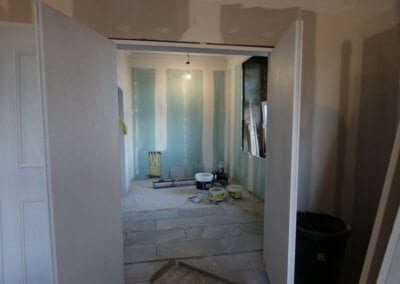 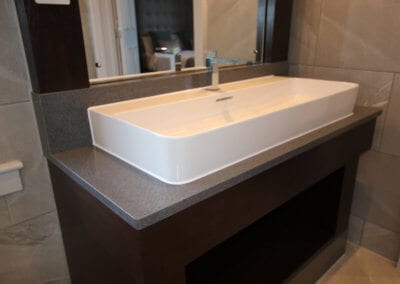 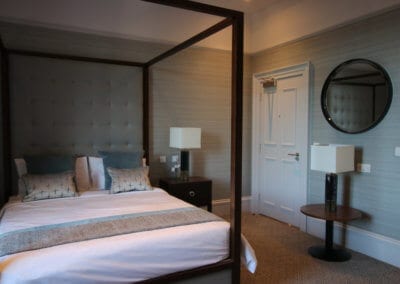 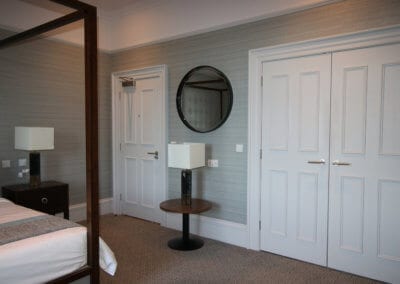 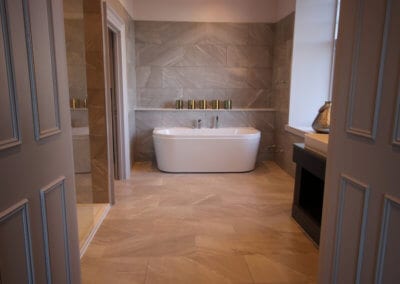 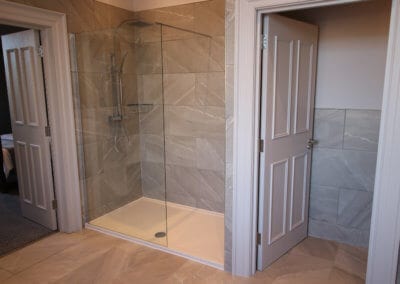 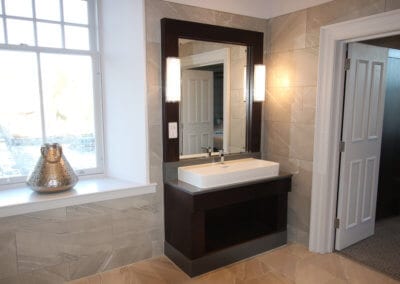 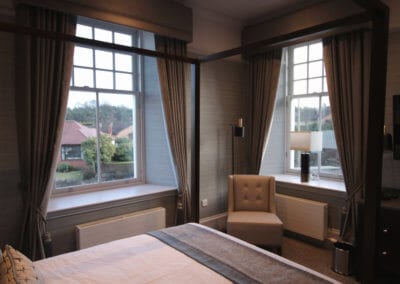 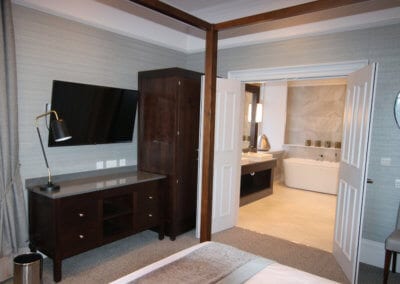 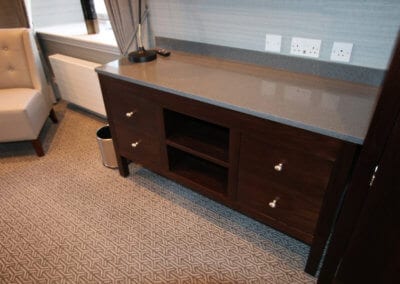 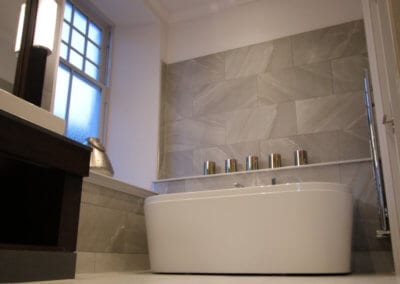 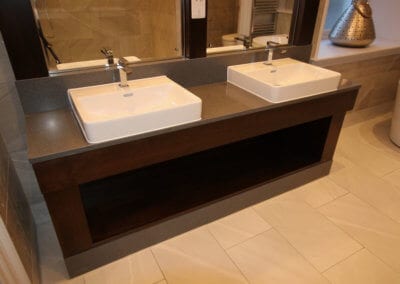 Allstar Joinery completed the project within timescale and budget. Phase two is now underway to refurbish the downstairs bar and restaurant. Please view the before and after image gallery and video of phase one of this successful project.

How can Allstar Joinery’s unique all-in-one offering help you?

We respond to enquiries immediately, so we’ll get back to you very quickly to arrange a time to chat.

Talk To Us
This site uses cookies. By continuing to browse you are agreeing to our use of cookies. To find out more see our privacy policy.Close & Agree